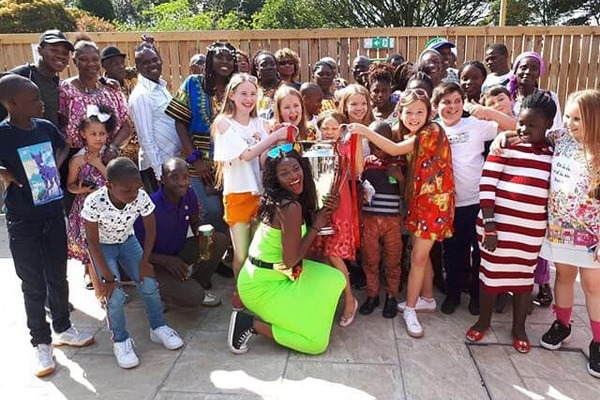 Children are the future.

Headteacher Mr Barnes' blog post from All Saints school Anfield on An Hour For Others.
Blog Working with Schools

“The greatness of a community is most accurately measured by the compassionate actions of its members.” – Coretta Scott King.

Back in September, I wrote about the breathtaking book, ‘Poverty Safari’ by Darren McGarvey, a must-read for anyone who works in areas of ‘disadvantage’, works with pupils who are ‘underprivileged ’, or with communities that are ‘broken’. (I put these words in quotation marks because these words are thrown around by people who often work a million miles away from the same communities: they are not my words.)

One of the central messages of the book is the need to empower local people to play central roles in community stewardship, but also in decision-making. Liberal urbanites who stroll in, announce an ‘initiative’ only to retreat to their computers, do little to effect change. Worse still, the endless stream of bid-writing, target-setting and evidence gathering prevents them from actually acting within the very community they’ve chosen to work.

So imagine the joy when you see the empowerment, implicit in McGarvey’s book, really happening in your own community.

I refer to a new charity, ‘An Hour for Others’, based in Anfield, just down the road from our school. On Friday, the founders, Kevin and Gill, came to speak to our pupils about their work; throughout the assembly, you could have heard a pin drop.

‘An Hour for Others’ began when Kevin decided to use his decorating skills and DIY knowledge to assist his local community. He set about supporting local people who were in financial difficulties, who were struggling with their health, or were just isolated and desperately lonely. Calling in favours from all and sundry, he and Gill asked for ‘an hour’ of people’s time so that this help can be multiplied and extended. Since its genesis, the charity has helped hundreds of local residents, recruiting many volunteers and supporters. Liverpool and England player, Trent Alexander-Arnold, is their ambassador.

Such has been the impact of ‘An Hour for Others’, they are to receive a special ‘Charity of the Year’ award on Tuesday, courtesy of Liverpool business Bruntwood. Our pupils will be there to sing some carols as part of the celebration.

What is so impressive about Kevin and Gill is their desire to unite others around their vision; they do not see themselves as operating in an individual silo. Nor do they see themselves in competition with other groups or charities. There is a real willingness to share, and their humility reminds me of one of my favourite quotes, penned by ex-president of the USA, Harry Truman

‘It is amazing what you can accomplish if you do not care who gets the credit.’

When you see groups like ‘An Hour for Others’ working alongside local schools, community groups and organisations, it is to have a window into what could be the future for our communities, especially those tagged eternally with the words ‘disadvantaged’ etc etc.

Local people, showing the way and making decisions, aided by the state but not controlled by them. It is the common good in action.

It reminds me of David Cameron (remember him?) and his call for a ‘Big Society’. I think that’s what he, and his many policy advisors, envisaged.

Well, Dave, you’ll be glad to know that it’s working in Anfield thanks to groups like ‘An Hour for Others’ just like it might be in many other communities in our rather bemused country.

So, for anyone seeking a window in to the future of education, this I think is illuminating.

Because, in my view, one accurate definition of a well-educated pupil is someone who understands their lives through the context of giving ‘an hour for others’, not simply living a life of materialistic self-interest.