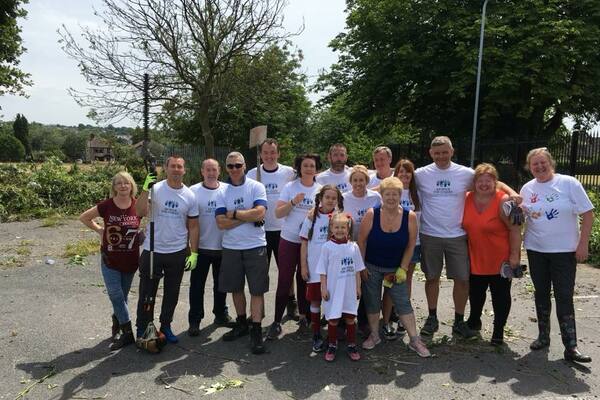 THE IDEA AND REASONS WHY

Be the change you wish to see in this world

My name is Kevin Morland, I am the founder of An Hour For Others Charity - I am 45 years old and born and bred in Liverpool, UK.  I firmly believe in unity, kindness and compassion as powerful tools that can create a better world and future for all.  Supporting the most vulnerable and helping each other through life's traumatic times is part of a strong community. Each one of us has a responsibility to do our bit no matter how small.

Through out my life I have had many life changing experiences that made me stop and think about things deeply.  I always knew there was a purpose why I was here and often felt really down in the different jobs I had and felt I was 'on the wrong path'. I struggled quite a bit in school and left at 16 to become an apprentice Painter and Decorator with the City Council.  Over the years I left the trade to work as office admin, industrial roofer, factory worker always feeling a resistance to each job.

One of those life changing moments came In 1989 when as a 14 year old I attended the Hillsborough stadium with my Dad and brother for the FA Cup semi final between Liverpool and Nottingham Forest. This day had a huge bearing on my life and my way of thinking.  96  Liverpool fans died as a result of a crush at the Leppings Lane terrace, I was stood on the terrace that day and only an hour before the crush was in the area where many young people the same age as me tragically died.  Only that my Dad sensed danger and decided to move us away from behind the goal I know we would have also suffered a terrible fate.   This thought has been on my mind from that April day in 1989, and I always felt guilty how I survived and others never. I also knew I was given the chance to live for a reason, in the various jobs I had I always felt a strong resistance to them but still worked hard and ground away.

The moment I had the idea of An Hour For Others was when everything fell into place and I realised this was the reason I lived and the reason I had picked up the various skills through life.

The idea of 'AHFO' came on 2nd November 2013 at 4am , it was like a light bulb going off in my head and everything making sense. I had always been quite down about the world and would constantly be upset about the selfishness, violence, corruption and greed and how so many lovely people old and young struggled so much.  I then realised nothing would change by me being down and upset and if I wanted to see a change for the better then I had to start living this way and do my little bit in creating the vision of a better world I had and hope it would inspire others.

I thought what it was I could do to make a small difference where I live ,  I recognised that my skill of painting and decorating, some of my time free of charge and a few materials could really have a massive impact improving the living conditions of local children and elderly people living in poverty and with illness.   I knew so many young and old people in our Community live in really poor conditions behind closed doors as I had seen it first hand in my work. Poor living conditions play a huge part in depression, stress, ill physical and mental health and affect daily life. I could ease this for many with just a bit of my time and skill free.

It dawned on me straight away that the idea of giving a skill and time free of charge and some materials to help vulnerable people and those in their hour of need, could literally involve everyone giving back in a small way that suits them.  This concept would not only tackle many problems our towns and cities face but also change the character of our communities making them better places to live and spread much needed unity, kindness and compassion.  I knew eventually  it could change mindsets and inspire many others to get involved, as well as showing a different way to the children growing up seeing us as role models promoting a better way of being.  Pretty soon after posting the facebook comment (right) I was inundated with friends and family with various skills and professions all willing to get involved!

For the next few months I organised meetings with many brilliant people in the City connected with the social side of things who were all really helpful, so many told me that the whole concept had real  potential and was something that was needed in society. It was from these meetings the name An Hour For Others (AHFO) was born.

Around the time of these meetings I met my partner Gill Watkins. Gill is an absolute amazing person and once I told her about the concept totally got it and wanted to help me get things started.  An accountant with a real business brain and a heart of gold Gill has been invaluable to An Hour For Others.

AHFO was set up initially as a CIC which we operated until gaining charitable status in 2018.  Gill's story is an inspirational one which is the reason for her absolute dedication, passion and self sacrifice in helping build AHFO in her spare time over 5 years, whilst still working her full time job. Gill also received redundancy back in 2014 at the start of AHFO’s which instead of investing this into her future she financed me for 8 months for me to be able to leave work and get AHFO’s of the ground.  Gill grew up in the town areas of Liverpool in a loving family, after leaving school with no qualifications she was involved in a horrendous car crash in Wales at just 16 which put her on a life support machine for 2 weeks and caused shocking injuries.  After a long road to recovery things became harder again as she became pregnant at only 19 years old and a 5 year domestic violence relationship saw Gill enter a real dark place in life from the age of 17 to 21 with seemingly no light at the end of the tunnel.

Gill's own light bulb moment came when she was 21 and the absolute love for her daughter and determination to make a better life for them made her leave the relationship and also go back to college and gain the qualifications she never whilst at school. It was here she was told she had a love of numbers which would help her work towards becoming an accountant many years later. For many years alongside working for companies in an accounts role she would also attend college 3 times a week until 9pm and even of a weekend, all of this as single mum and struggling financially. In 2006 she gained her qualifications and with her passion and determination she landed a role as an Accountant for the USA part of the international company she worked for. This was a long way from where Gill had been in her 20’s trying to rebuild her life, having to bunk on buses to get to work and college to now flying business class to the other side of the world.

Gill's passion for AHFO and her determination to help show people going through traumatic times that no matter how much life throws at them there is always a light at the end of the tunnel. Gill's story proves we are all more than capable of stepping out of comfort zones and achieving great things, this made her sacrifice her own successful career and help build AHFO for all these years.  All this hard work culminated in an award and recognition at The Liverpool Echo Awards night 2019 where An Hour For Others were named Charity Organisation of the year, this was a special moment.

Over the years we continue to evolve and now have a small team working tirelessly for a better community. The skills, time and materials people offer have made it possible for us to create a force of good which tackles major issues our communities face as well as bringing them together and inspiring change. Many lives have been positively impacted and benefited from the collective efforts of individuals and businesses giving their AHFO and sharing our vision. The demand is becoming greater and we are always in need of practical support and financial backing to continue to grow and eventually spread national and international shining light in every corner of the globe. An Hour For Others became a registered charity in 2018  we are constantly growing and inspiring others to become part of a better, fairer more caring world where people give their time, skill, donations, resources to tackle many issues our towns and cities face.

'A BETTER WORLD IS POSSIBLE, BUT THAT INVOLVES EVERY ONE OF US PULLING TOGETHER'

Founder of An Hour For Others.

Monthly News Letters An Hour for Others Monthly Newsletters
AHFO Platform (On going) March 2020 - AHFO had to postpone our services and adapt them so the charity could support our communities. CAN YOU HELP US HELP OTHERS 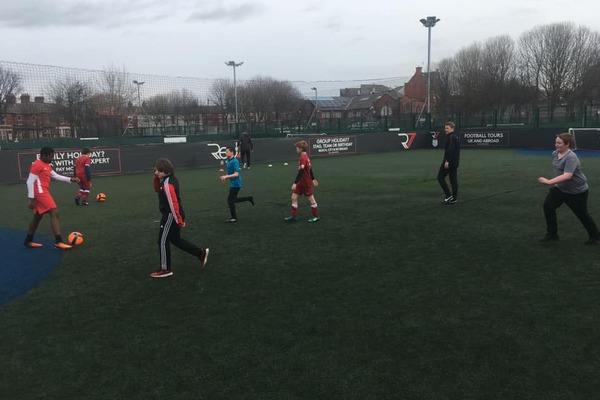 Children's groups Connecting local academy's, groups and sports clubs with less privileged children in our area.
6 week personal development programme
An Hour for Others is registered in England and Wales under charity number 1180688 at 615b Cotton Exchange, Bixteth Street, Liverpool L3 9LQ
Log in | Powered by White Fuse