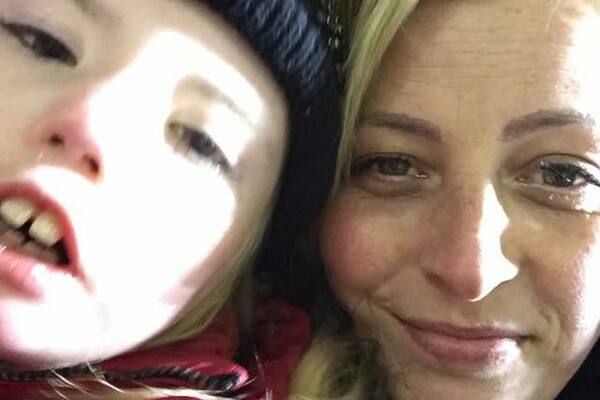 Together We Are Strong

Where do I start with An Hour For Others. If Carlsberg done Charities An Hour for Others would probably be the best Charity in the world.

My name is Ian McBrias and I work at the Knowsley Carers Centre and I am a member of the Knowsley Parent Carers Voice . Through my work with both of these I became involved with An Hour For Others who have been so
supportive to our young carers, the parent carers and the adult carers of Knowsley.

I recall my  first phone call with Kevin, he rang to offer the young carers and siblings we work with 10 tickets with hospitality to a game at Anfield, he arranged to bring them down to me and when you meet Kevin you immediately like Kevin , he’s one of them people who you meet and instantly take a shine to. No airs or graces just a genuinely nice man.

Since that initial meeting Kevin has helped out the carers of Knowsley in a number of ways, a few examples of which are listed below :

I rang An Hour For Others after I was talking to one of our older carers who’s 76 years of age and looks after her 84 year old husband who’s partially sighted and is wheelchair bound. Our carer had told me she had been saving for a new couch but ideally wanted a recliner, she said that  her sofa was in a poor state because her hubby had been constantly hitting the couch with the wheelchair causing damage. Within 24 hours Kevin called me back saying he had sourced a new recliner for our carer and he even dropped it for for her . The carer rang me that night and was so grateful , a common theme from people who have received support from this fantastic Charity

I remember ringing Kevin and Gill following on from me speaking with a local day centre who support people who have dementia who had asked me if I knew anyone who supplies a Choir who would be able to go along
and sing to the people who access their service.  I rang An Hour For Others and within a day they had come back and told me that a choir had agreed to give their time to go along and sing.  The choir went down a storm,
everyone at the day centre commented about the smiles on the faces of the old dears who were singing along and dancing with the choir, she said that many happy tears were shed that day, it was absolutely fantastic.

A big part of the support we receive from An Hour For Others is that they regularly offer us tickets for the Liverpool games. To see the smiles on the faces of the people who benefit is priceless.

On Saturday 2nd April 2018 AHFO gave us 2 tickets to the Liverpool/Spurs game with hospitality thrown in. This
date  2nd April coincided with World Autism Day so we gave the tickets to a parent of a child with Autism and a
Sibling of a child with Autism. The brother of the lad with autism kept asking what he had done to be given such a generous gift from AHFO. When I said about all of the unpaid care they  provide his answer was simply this “I do it for love, I don’t want anything for looking after my brother and if the boot was on the other foot I know he’d do it for me.” Thanks to this wonderful Charity AHFO they both had a fantastic day and made memories that will last a lifetime.

One of the best and most emotional phone calls I’ve ever received was because of support from AHFO. We received tickets to a Liverpool game and three of the lads and one of the girls who went had never been to
Anfield before were able to attend and the phone calls I received that night were lovely, full of happiness and delight, these children had the night of their lives and were telling me how much they were looking forward to school the next day to tell their classmates what a brilliant night they had with one of the children describing the night at Anfield as 'The best day of his life'

At Christmas last year AHFO supported a number of our most vulnerable families at a time when they needed it most.  One family got to have Christmas with Trent Alexander Arnold at Hotel Tia and described the day as the best Christmas ever while another young lad who had recently lost his mother was overwhelmed with
the gifts and support that AHFO provided which enabled this young lad to have the best Christmas possible.

The above are just a few examples of the brilliant work that AHFO do on a daily basis with some of Liverpools most vulnerable families, not just with us but right across our wonderful city. Many of the children who
have benefitted from the support given by AHFO are brothers and sisters to siblings with disabilities. Many of these children basically give up their childhood to support their families. Some of these children who benefit from AHFO support will also have a full time caring role, looking after mum or dad, making them breakfast and medicating them before going off to school and then coming home to clean the home, feed mum and dad again before doing their homework.  These youngsters give up friendships to stay at home and make sure that their families are ok. What AHFO do is to give some of these children the chance to be children again, to do
things that most children take for granted. They also enable the families they support the chance to be happy again and bring smiles to peoples faces by decorating a room or tidying a garden. It’s not about money, it’s AHFO meeting the needs of those they support by using the skills of their members and supporters to give their time.

A brilliant Charity with a simple concept ……. I think that Carlsberg may have
done this Charity!!

'Kindness is the language which the deaf can hear and the
blind can see'.